This is probably one of the finest movies of all time. Marlon Brando and Vivien Leigh have outdone their capabilities. Vivien Leigh is especially to be lauded (and already has been, with her Academy Award) for her complex and extremely realistic depiction of the near-mad Blanche DuBois. 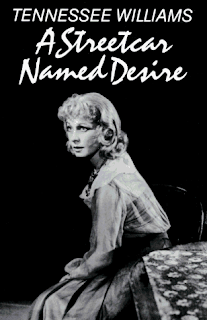 Marlon Brando on the other hand proves that it is possible to look like a jock and act like a pro. Although his "Stellaaaaa!"s kept reminding me of Raymond's daughter's rendition of it in Everybody Loves Raymond, when she and Frank are watching Brando movies (knowing Frank, you'd see why he loves the guy), I couldn't help but notice how flawlessly he executed the role of a macho stereotype of the 1950s. They can hit a woman and at the same time call her 'honey'. What's worse is the women can go silly putty as soon as they are on the letter 'h'. 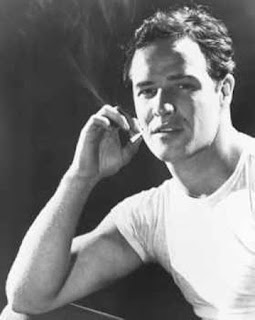 The conflicted Blanch DuBois (White Words in French, as Blanch ostentatiously informs a smitten and befooled Mitch) is of course the center of the play but it is important to note how the rest of the characters hold the story together. The dialogs are also exquisite enough to keep the windmills of the mind running and discovering with each fabrication that Blanch produces, a new layer to the character of a delusional, adding to the twists and turns in the impacts she is creating in the lives of her sister's parasitic marriage. Towards the end when we see Stella walking away from Stanley (Brando) with her baby in her hand saying that she would never return to him. But somehow it doesn't seem to be quite as convincing. Women who are victims of abuse tend to develop either a self-blaming or a fruitless patterns of dealing with their abusive husbands, fathers, brothers or sons. Even if they realize what amount of injustice is done to her, she does not have the courage to walk out or walk away. If she does, there's a big chance she'll return to the same home soon enough.

As for Blanch, her diagnosis is simple enough. She is somewhat a nymphomaniac afflicted by delusions of grandeur that are clearly evident in her mannerisms and fancies and reminisces of the past. Vivien Leigh gives a final touch to that forged delicacy through batting eyelashes at the right time - not to mention the writer's talent when he introduces the rhinestone tiara.

Thus the film is not only symbolically well-integrated but is clearly filled with overt images of mental and interpersonal conflict.

Wow, thanks for sharing.
I have not read the text for a long time now, probably not after I did my Masters and that was centuries ago.
You have inspired me to get the movie and watch it anew.

It's gonna be worth it! Trust me!

I sometimes think I haven't watched anything.

Have you watched the film adaptation of Tennessee Williams' 'Cat on a Hot Tin Roof'? That is one of my favorite films.

Hey .. no I haven't seen that one. Just read up abt it on IMDB. Looks terribly depressing and I'm already depressed enough after watching a crazy Kowalski and screwed up Scarlett.

Please tell me a movie which can give me my idealism back.

IMHO the only thing that can cure a dose of post Tennessee depression is a barrelful of laughs - I watched 'The Gods Must be Crazy' after reading 'The Glass Manegerie'. All that 'Blue Roses' stuff was enough to get anyone down.

I must point out, though, that I spent a lot of time ogling Paul Newman in 'Cat on a Hot Tin Roof'. So, no post movie depression for me. There was more stop-slow motion- frame by frame action on the remote.

On a more serious note, I found the movie and the characters more positive than A Streetcar... I would definitely recommend you watch it.

Though, the the latter would be infinitely more interesting.

LOL I had a lot of fun looking at Brando, doesn't mean it still didn't depress me!

Lemme just watch a couple of romantic chick-flicks (I tried watching Maid in Manhattan, that's how low I felt!) and I'll get back to COAHTR, I promise.

Watch Apocalypse Now , Last Tango in Paris , Clockwise Orange and if you like them then I will recommend others.

Apocalypse Now was already on my list. Thanks for the rest.