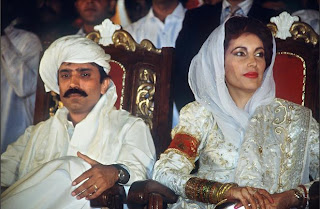 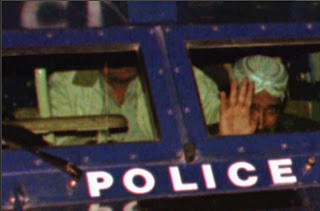 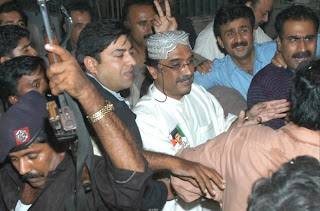 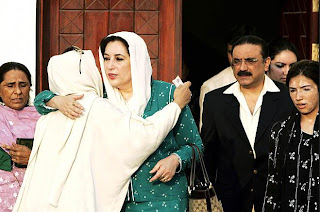 2007. Benazir leaves for Pakistan from UAE. 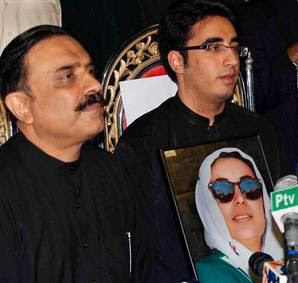 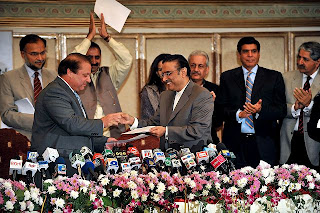 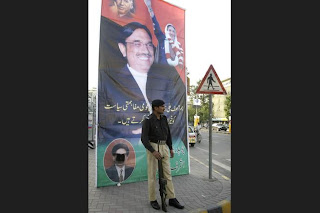 And the future unfolds.
Any discerning Pakistani would be asking themselves the same question. What, after this, is to ensue in this unfortunate series of events?

For a full article on Mr. Zardari's rise to power and all that in a situation where Pakistan must not afford anymore mistakes go here.
Wrote Majaz at 8:35:00 PM

Maybe this time he could die peacefully in his sleep.

You two girls are plotting?? Hehehehe.

We're trying. But apparently it's useless. This guy can afford to buy an army.

God! The list is sooo long!!
if you are plotting against him, do count me in too ;)

We're hoping and counting in all your prayers! :D