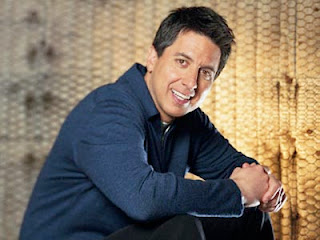 Yeah I do too. I think this guy is hilarious. The best part about him, just like Seinfeld, is that he doesn't bank on his charm to do the hilarity of his bits. Comedic genius is gradually being redefined in our glamor-obsessed post-modern context and that's why I like to laugh at someone who can just be funny for funny. The same reason why I like Peter Boyle, who plays Frank Barone, Ray's deadpan, wary-of-the-world father who turned "Holy Crap!" into one of the top catchphrases of the time.

"Everybody Loves Raymond" is one of those golden-era, timeless comedies that have had a great run on television with good reason. A lot of people question Romano's simple slapstick comedy and why it has the power to leave the audience in splits. You can't stop critics, I guess. But "Raymond" can only be enjoyed if you actually sit down to watch it. At the time of its eighth season, someone told me Ray Romano was the highest grosser on network television at that point. I couldn't see what all the fuss was about. But I agree now that no one can deny that Ray Romano is one of the topmost classics of the 90s and is more of a legend than Will Smith in that god-awful excuse of a blockbuster.
Wrote Majaz at 12:35:00 PM