What do we do now?

This goes out to every Pakistani, every American and every possible human being who understands the crises the world is facing now.

Back in our debating days, we'd scoff at the speaker who'd paint the bleakest picture of the world with phrases such as 'bodies strewn everywhere' and Marxist rhetoric of 'poor getting poorer'. We knew these speakers were out to get brownie points with the help of goosebumps. It surprised us but little that these speakers often got the highest applause from the audiences and got away with most of the prizes in the competition. Speakers such as ourselves who usually tried sounding balanced and if at all biased, then positive, would scoff and ridicule them, thinking that they've encashed the world's misery in the form of their prizes.

Now I do wonder if they were all that wrong. Maybe it was us, the balanced, so-called sane individuals, who were sitting on the wrong side of the stadium.

The current day's business reports headlines are such:

The economic crisis that has prevailed in the news since the Lehman bankruptcy certainly does not seem to decelerate despite hopes of many. Khanani and Kalia are busted, Abdullah Haroon is dead (though no one can blame the economy for that, I'm just going with the flow here) and the real cherry on top is that General Hayden, director CIA, thinks "every major terror threat involves Pakistan".

Isn't that exactly what every Pakistani would love to hear at the breakfast table? We're not only spending 678bn rupees on the 'war against terror' we're also inevitably the terrorists who are now invariably linked to anything remotely terrifying, whether it's a bomb hit in the US or a mouse squeaking underneath the Queen's chair.

Obama, the new face of the US, has regrouped and refocused the foreign policy matters in South Asia. He has now taken up the advices of Mr. Bruce Riedel who will now be reassessing Pakistan and Afghanistan (never thought I'd hear them both in the same terrorist agenda sentence - who knew?). Mr. Riedel plans to prioritize the "Kashmir issue" between India and Pakistan. 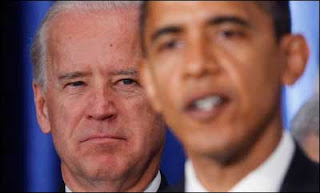 The efforts will not be based on the freedom of the Kashmiris; it will be a pressure on Pakistan to let go.

I had always agreed on that golden rule of International Relations that proclaimed a small country stupid if it decided to war against a country twice its size and thrice its population. Pakistan had been and will continue to be stupid if it deludes itself into thinking it can win over Kashmir. Muslim Ummah or not, strategically Kashmir is a bone of contention that has caused Pakistan nothing but decades of terrorist insurgencies in its tribal areas, big-and-small wars, and of course a constant flinch with its biggest, burliest neighbor. Bad idea.

(It is humiliating, but it is true.)

Benazir Bhutto, in her first reign, opted for the same gradual release of Kashmir. Maybe she planned it a bit more stylishly than the begrudged let-go I'm expecting to come in the future by the Pakistani government, but she foresaw something the ISI did not. She understood that this was not only weakening Pakistan's economy but its international standing in the world. Unless it stopped sending its tribal militants, its feeble armies to fight for the 'atoot ang', it would not learn to stand on its feet, it would not be able to feed its poor.

But no. We're too happy fighting in the name of "Islam" or whatever we want to call it. What do you call an ideology when you use it at the time of foreign policy formation and discard it at the time of instructing PEMRA? Use it again when you want to establish a coalition with the mullahs, want a referendum, arm your troops for Afghanistan and discard it again when you make the President house a palace, give at least 20-30 guards per minister, let them go on luxury trips to Saudia Arabia and America and godknows where-else-off-the-record?

Obama's new regime will probably not be as great for Pakistanis are people may think but if it manages to force Pakistan to let go of Kashmir (with as little humiliation and pain as possible) it'll not only save us money and further shame in the long run, it might even help us regain a bit of that international stability.

Last line made me chuckle.

We Pakistanis have always hoped for the best and always forgotten to prepare for the worst, which is what we are doing right now as well while waiting for whatever it is that Obama and co. have up their sleeves.

Letting go of Kashmir will not be without pain, and that pain will not be little. In my opinion, Pakistan will limp on for a long time after giving up on Kashmir, and one of the main reasons will be its own people. Their fury will be too much.

It's a pity, though. Pakistan's geographic location could have very well been a blessing, but we just had to make it a curse.

Fury of whom? Pakistanis? We don't really care, if you think realistically. The people hardly give a crap whether a military chief or a certified insane man becomes President.

And why should they? Who cares if it's a monkey who rules as long as you get your power and food on time and on requirement?

Add the entire FATA to the list. we don't need them either.


The world is going kinda crazy, we need like a major revolution or a world war 3 or something! Anything!

And WWWIII? Didn't the first two quench the world's thirst for destruction?

A revolution is much better option. Less blood.

not if it's french or russian style. And we're too dumb to follow the British method of revolutions.
And i agree with Majaz. No matter how dumb one's government is, if the people have the basic amentites of life and religious and social freedom, there will be no need for a revolution. The only political system people care about is one that works; be it democracy or dictatorship

Sigh, you're right, Hira. I'm afraid if it's a revolution it's going to be maha-South-Asian style. Blood, gore, street-shouts.

why should we follow the british method, lets do it our own way, jugaroo style ;)

as long as we are being able to fulfill our basic necessities, no one really cares whether its dictatorship or democracy...the problem is we do a lil better under dictators. as for revolutions...wat revolution? i dont think we'd be seeing anything like the french or the iranian revolution any time soon in pakistan. revolutions only become a reality if there is a leader with a vision, i dont think we have one as yet

But perhaps we make the same mistake again that we did then - of scoffing and ridiculing the not so sane and the not so biased.

Letting go of Kashmir, FATA,...? what else? Perhaps, the sane are still at the wrong side of the stadium.

A nation that 'elects' Zardari and his gang of goons to office has a bigger problem on its hands than a few territorial disputes - however large or old they might be.

No amount of letting go will bring any relief from this misery - as it is, letting go means just that: letting go - what needs to change is the people's very thinking!

Did you see the PPP flags and BB's posters being flashed by some during the recently concluded Cricket Series in Abu-Dhabi? A nation that honors its own plunderers with such fanfare is wrong exactly there.

A saner, more humane and less corrupt nation would never have been dictated to by every tom, dick and harry the way Pakistan is today.

We may not be as big as our burlier neighbor, but we are not too small either. Smaller nations have gone out and ruled the world. Still do. Size does not matter all that much when a nation stands as a nation.

But when the nation starts talking of past losses as inevitable - even good, as I have heard some of talk of East Pakistan, and gets into the mindset of losing more, it is already lost.

I hope and pray we have not slid that far down.

You made two really great points. Points which were really cosntructive feedback to my post.

No amount of letting go will bring any relief from this misery - as it is, letting go means just that: letting go - what needs to change is the people's very thinking!

But when the nation starts talking of past losses as inevitable - even good, as I have heard some of talk of East Pakistan, and gets into the mindset of losing more, it is already lost.

... change thinking? How? Is it that easy? With a shameful literacy rate and a disastrous economy, is it going to happen anytime before Riedel wants us to reconsider Kashmir? What are the 'thinkers' doing now as we continue to be bombed in NWFP?

... secondly, these losses are not reflective of Pakistan's current state of mind. They are reflective of strategies that were aimed to maim Pakistan's stability. They must be dealt with effectively before they get the better of us. Fighting a lose-lose battle in Kashmir for years is exactly the roadblock we were presented with. Unless we have a bloodless resolution for it that works within a period fo 90 days, it's better to live today and fight tomorrow.